This message from AMC Theaters CEO and President Adam Aron, was communicated to their valued A-List members, AMC Stubs members and guests on June 18th. Primarily it announced the opening of most of their theaters in the USA in July, as well as their aggressive plan to have patrons enjoy a safe experience. As important, the message also assured their customers of the companies sound financial position.

What I find really interesting is his reference to the difficulty of customers finding factual information. So well said!

Here’s an excerpt from the CEO’s communique:

“Finally, I am pleased to report that AMC Theaters is in an excellent financial position to welcome you back to our movie theaters. In recent weeks, you may have seen or read speculation about AMC’s future. In this time of great uncertainty, where facts are in short supply, speculation and guessing sometimes becomes the norm. Somehow, that speculation can become conventional wisdom, and that conventional wisdom in turn can be reported as truth. Let me say to all of you that so much of the speculation about AMC that was prevalent in the last several weeks was just plain wrong. In April, we successfully raised a half a billion dollars of new investment capital for AMC, and fortunately that puts us now in a position of considerable strength.”

“AMC was founded at the corner of 12th and Grand in Kansas City, Missouri in 1920, making this year our 100th Anniversary. Now that we can once again reopen our doors to you, we are so looking forward to another 100 years of making smiles happen.”

This blogger wishes AMC success and a safe reopening and future.

Looks like AMC has may have some very talented leadership !

So when your kid, now age 38, works in technology, is a gamer, and nerd, sometimes on the occasions where gifts are given, this is what you get. His brother pitched in too for Dad’s Day.   I”m not complaining… the man cave has some tech in it and this will be a great addition.

He was just such an exceptional human being.  Funny, humble, caring, considerate, patient, kind… I’m not going to finish the list as it is very long.  But what says it all to me is how Harv viewed others, his expression, “You don’t know until you have walked in their shoes.” just says volumes about the guy.

Harv personified the Zellweger phrase from “Cold Mountain”… “you

He was like my other brother.  It did not matter whether it was golf, a party at his place or ours; I was always excited to see Harv.  He brightened my day. He completed my holidays when we were together…so many trips to his place, so many memories, so many events. 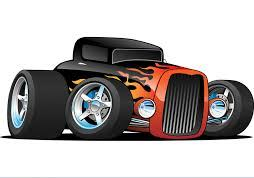 And we talked about opening up a pub with a hot rod theme… it’s probably good that didn’t happen.

Harv hosted such great Thanksgivings; many of us with distant family. Turkey shoots and shots! After each, he would say, never again.  Then he’d host it again next year.

He liked our mutt; always took her out for a dump and short walk.

Bill gave him that state of the art driver for Christmas one year… really worked for him.  Every time he boomed one out there I’d tell him he should send Bill money! 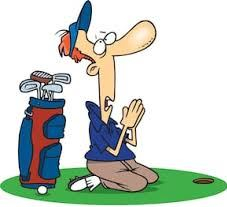 Such a master craftsman… if stuff broken in heaven, he’ll fix it.  I figured that is why he got called. He even fixed the golf cart that a friend used and accidentally take out some neighborhood mailboxes.

I even thought about asking him to fix that congressional shithole in Washington, but that would be asking too much of a good friend.

And so many shots and beers… that was usually the greeting I received. The only thing I was sure of on our sleep-overs, at either house, was what the next morning would bring! The only living being that was physically right was the dog.

His golf game went extremely bad one year so he started to bring a flask… it didn’t’ help.

And who could never forget the Ravens-Steelers game parties… filled with cheers, and more than occasional vulgarity!

Harv, so lucky to have had time with him!

I doubt we’ll see any significant change until some constitutional basics change.  Groups that by broadest definition and behavior, that have now or historically demonstrated a raciest and/or supremacist platform or tendencies, need to be outlawed, eradicated.  They should not be supported under freedom of speech, right to protest, and other amendments or  laws.  As long as the USA’s basic amendments and constitution can be interpreted to support raciest and supremacist behavior, it is not likely we will smother the hate and ugliness in this country.  It is against the law for organizations to discriminate in employment practices however other groups or organizations specifically not covered by law can.

Further, If law enforcement and judicial departments where held to similar enforceable non-discriminatory standards (much broader than employment practice) and penalized for violations, we just might see the start of genuine “fit for duty” standards in the criminal justice system (police, courts, corrections).

Can the criminal justice system “police” itself ?

For someone to lead and inspire you,

For the boss to recognize you,

For customers to thank you,

For coworkers to help you,

For the world to hail you,

They are all just sitting there,